A Pink Tower, or a Golden idol 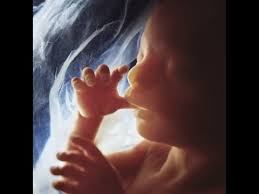 Posted by Pastor Christopher Hull on January 24, 2019 with 1 Comments

This article, written by a CNN  by Tony Marco, reports the decision made this past week concerning the state of New York's decision to allow women to have an abortion up to the moment of birth. This decision is nothing but evil and wicked. There is no care in this decision for women's rights, or the health of women. As it says in the report, now anyone, not just a medical doctor, can perform the abortion for the woman. This decision is not about the health of women, nor is it about the protection of women. No, this decision is made by those who do not value human life, and in the end, have no love for children. This is the key issue. Governor Cuomo is not a good man looking out for the health of women, but rather is a man that hates children and cares nothing for their livelihood.

After this law was passed, the One Word Trade Center was colored Pink to celebrate the liberation of women in this progress in women's reproductive rights. However, we should not see pink, but rather gold, as the tower is nothing more than a golden idol upon which is sacrificed the children that God created in the womb. This law is not about women's health, but about sacrificing our children for the sake of sinful pleasures and progress.

I am a pastor, and I became a pastor because I desire to comfort those who struggle with sin and desire to be forgiven. I became a pastor because I want to comfort people in the love they have in God in Christ Jesus their Lord. When we weaken the poison, we weaken the cure. When we downplay sin, we downplay the work that Jesus does for us on the cross. I am speaking about this issue to ask that you would look into it for what it is, a sin against God and an attack against our neighbor, both the mother and the child. This is not saying that every woman who has an abortion hates her baby. No. I am not saying that. There are women in certain situations who are terrified in conscience and make a decision that weighs on them for the rest of their life. However, we do not solve that attack of the devil by making abortion ok, but rather by comforting that terrified woman, or man, in the forgiveness of their sins. However, if we make abortion nothing, then there is nothing to forgive, and we let the devil continue to be the preacher rather than Jesus.

What do we do then? Well, first and foremost let us support with utter zeal out local pregnancy center in Tomball. Let's support these good people who love children and want to help women as they keep their babies. Let us love the children we have as our own, and all children. Let's have a congregation in which children are the priority, a congregation in which we see the physical, mental, emotional, and most importantly the spiritual well being of children as our greatest delight. Let us pray for women who have had abortions, who are under the tyranny of the devil, and who suffer every day for their decisions. Let us pray for them, and be a haven for them of absolution, a place in which we offer them solace and refuge from the attacks of the devil and the despair of their conscience. Let us pray for those who support abortion, who are zealous for abortion, and for the lawmakers that allow abortion, that God would turn their hearts and they come to repentance and forgiveness. Let us pray for those lawmakers who are fighting against abortion and who desire it to be brought to an end. May they have strength to continue steadfast in this virtuous pursuit.

Peace be with you. May the devil be silenced, the world be hushed, and the Old Adam be drowned anew so that you hear nothing but the peaceful voice of your Savior Jesus who says, "I forgive you. I love you. I claim you as My own forever," Amen.

Thank you ,Pastor Hull, for speaking up boldly, honestly and truthfully about abortion. Abortion is a travesty & I know that God will not hold us blameless who don't do anything, as well as those who do kill babies and put women at risk in doing so. They deny the personhood of baby's now all the way up till birth so they don't feel guilty just like the slave owners did the people who didn't want blacks to vote and the people who killed the Jews Germany. They take advantage of scared young women in the name of compassion and those that abort babies for convenience sake have no love for children just like you said! People are afraid or ignorant about speaking up against this, just like they were afraid to speak up against those who killed the Jews and those that brought African natives to America to be sold as slaves for profit & those that treated blacks unfairly in our country for so long ! oh, and the ironic thing about it is Planned Parenthood targets black people because Margaret Sanger was prejudiced . I pray that we can get the church to stand passionately against abortion instead of just ignoring it. I pray with you asking God to have mercy on us all and that we reach out with forgiveness and compassion to those who have had abortions and pray tge Hoky Spirit of the Living God prick their consciences & lead them back to God and His Mercy and that those that do this awful thing Holy Spirit Will convict of their sins that tgey might turn to Jesus, who died foe these sins as well.i realuze that those who speak out against immorality will mot be popular, but in the end Hid will bless and reward those who do. Keep speaking out for those who have no voice, Pastor Hull!